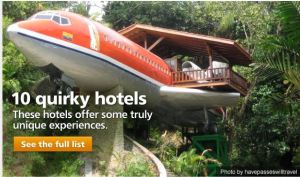 Want to see more quirky things?  Type ‘quirky hotels’ into Google Images and see what you get. 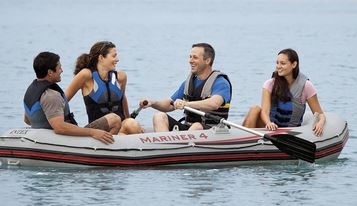 Imagine you are stuck on an inflatable dinghy in the middle of the Indian Ocean. Which of the following personalities would really get on your nerves? 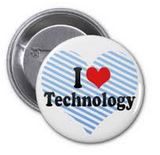 A techno junkie is a common expression used to describe a person who is addicted to or hooked on using technology 24/7.

Now, despite the fact that my smart phone is still being used as a house decoration, I do love technology when it does what I want it to do.  However, I can’t stand technology when it makes my life more complicated or time-inefficient.  I’d rather be disco dancing, playing pool or scuba diving. Seriously, wouldn’t you? 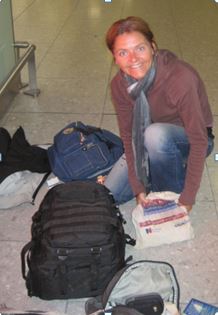 Imagine you are going backpacking around Asia for a year and you need someone to travel with. Which of the following personality traits would be, by far, the most important?

A great backpacking partner would need to be: 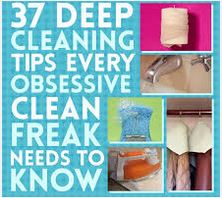 A clean freak describes someone who is totally obsessed with cleanliness.  They might use cleaning products as house ornaments and they will go mental if anyone makes a mess in their home.

I am not a clean free but I’m not keen on mess either. How about you? 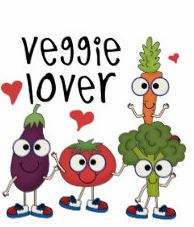 A vegetable lover is a person, like me, who loves eating vegetables.    Indeed, you can use the word, lover, after most nouns to describe a person’s interests.  For example, I’m a music lover, a chocolate lover and a David Beckham lover.  What type of lover are you? 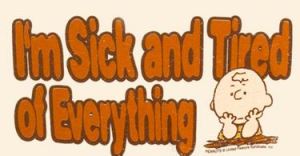 To be sick and tired of doing something or of someone is an idiom which means you feel bored and perhaps annoyed.  In other words, you are fed up!

For example, these are the things that I’m sick and tired of at the moment:

OMG, I feel soooooooooooooooooo much better!  Ok, it’s your turn, what are you sick and tired of?  Seriously, you will definitely feel fantastic when you get it off your chest.

What does this colloquial word mean? ‘To be mental or crazy’
For example, it is said that giving up wine for a month is good for your health. Quite clearly, this idea is utterly bonkers.

To be down-to-earth is a common expression used to describe a person who is straightforward, realistic, and not pretentious.

It is said that most people from Yorkshire are down-to-earth, and in general, as a Yorkshire woman, I would agree. 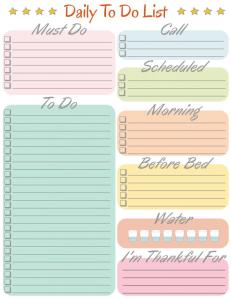 Do you plan your life? Do you write lists to remind you what you need to do? Are you a list person like me or do you fly by the seat of your pants?

For instance, the other week I met a guy at the beach who asked me if I wanted to go to Ronda with him and my first thought was: What’s on my list for next weekend? My second thought was: Of course not, you’re a complete stranger!

So, I ask you: Is this what it is to be British? Are British people, generally speaking, less spontaneous and more reserved? Do people from Málaga fly by the seat of their pants?

After a long conversation, several jugs of tinto verano, and enough tapas to feed Ethiopia, with a British mate who also lives in Málaga, we both conceded that this is ONE of the differences between British people and people who were born in Málaga. And, despite the fact that I would love to be a person who flies by the seat of their pants I am a product of my mother and she can’t even drink a cup of coffee without writing it down beforehand.

So, I’ve decided that I’m going to try and fly by the seat of my pants in September; yes, September is spontaneous month; mmmmmm note to self: Must write down: Remember September is the month of being spontaneous! OMG, OMG, OMG, I’m such a freak!

Are you preparing for an official English exam? Save time & money with the Inglés Málaga Exam English Guides.

Ingles Málaga : Step up with English

WORD OF THE WEEK

To chew the fat means to talk with someone in an informal and friendly way.

BUSINESS ENGLISH – TERM OF THE DAY

Improve your knowledge of Business English. Learn a new term / word a day.Click for Business Term of the Day

No one tool fits everyone, right? It´s up to you to take control, and make your own smart decisions.  However, a little help and direction goes a long way.  Thankfully, the brilliant blogger and writer, Irene Fenswick at IvyPanda has some useful tips about different online platforms. Check them out, and save yourself hours of trawling through absolute rubbish.