Skip to content
0 comments on “The British Way: How to make a complaint!”

Controversially, Nikki is considered to be, by far, one of the most entertaining British Big Brother TV contestants.

She is well known for her furious Diary Room rants and her daily battles with the other housemates.

0 comments on “The British Jamie Oliver Way: How to poach an egg!”

0 comments on “The British Way: How to make a cup of tea!”

Seriously, someone is pulling my leg.

Is it possible that we need an instructional video to show us how to make a cup of tea? Well, perhaps the answer is yes.

So, if you’ve never made a cup of tea before, here’s a simple 5 step video to help you learn the skills and key vocabulary. The main verbs include the following: To fill, To stir, To add, To boil, To brew, To remove. Good luck! Oh, and if you don’t have a kettle, you might be in trouble!

The University of East Anglia is undergoing research into what people think about the term, British values:

Channel 4’s recent programme My Week as a Muslim, in which a non-Muslim woman lived with a Pakistani family for a week, was a reminder of the ongoing curiosity about Muslim life in British society. The programme was criticised for its use of “brownfacing” as the woman wore dark make-up and a hijab to appear Pakistani – highlighting the resilience of assumptions that British Muslims are non-white or somehow non-British.

0 comments on “Accents, dialects and pronunciation”

An accent is the way people in a certain area pronounce words and a dialect refers to the specific words that are characteristic of a particular group of people. Despite the fact that I can’t understand the Geordie accent, it is my favourite British accent.

The first 4 minutes of this Youtube video are all British accents.  I stopped counting how many he impersonates. However, there are a lot!  He also uses some very bad language which my mother wouldn’t approve of so please take care not to repeat anything he says!  In addition, I’m not too keen on his Yorkshire accent; it isn’t like mine, is it?

Finally, what is he saying in the Cork accent? OMG, your guess is as good as mine!!  So, which accents are the hardest and easiest to understand?

Tomorrow is the day for British people to vote on whether they want Britain to remain or leave the EU.  Many people, wrongly assume, that British people living outside of Britain will vote: remain.  In fact, nothing could be further from the truth; the opinion of the international British expat community is as divided as it is in the British Isles.

From my point of view, it’s thought provoking that this single, albeit hugely complicated, issue has divided as well as united people across opposing political and economic ideologies, as well as diverse religions, ethnicities and faiths.  Even within business and trade there is no clear voice; some say the farmers want to stay and the fishermen want to leave; big business says stay, smaller companies say leave.  Age also isn’t a clear indicator of how you are going to vote although it is said that the younger generations, if it doesn’t rain and they aren’t watching football, will, generally speaking, vote to remain.

The only constant in this referendum campaign is that both sides have behaved despicably; both have used scare tactics, hatred and paranoia to bully, threaten and misinform the general public into voting for their side.  This behaviour makes me ashamed to be British and it is far removed from the things about Britain and British people that I admire cherish and love.

Now, if the British community are divided, what does the international community think?  Well, in a nutshell, and, very tongue in cheek:

If you want to know more about British Culture, then check out:

Radiohead are an English rock band from Oxfordshire who formed in 1985.

Radiohead have sold more than 30 million albums worldwide, with the band’s work being placed highly in both listener polls and critics’ lists. In 2009, Rolling Stone readers voted the group the second best artist of the 2000s.

Finally, and very curiously, despite the fact that I adore their track: High and Dry, the lead singer, Thom Yorke can’t stand it, saying “It’s not bad… it’s VERY bad”

So, what’s the song about?

Well, truthfully, I have absolutely no idea, but perhaps it’s about the ridiculous idea of trying to achieve self affirmation and love from others and that, for many who do this, along the way they lose sight of who they are and therefore will never attain contentment neither self-acceptance. On the other hand, what do I know; maybe it’s about an old wellington boot and a bit of mouldy cheese. So, I’m wondering, what do you think? 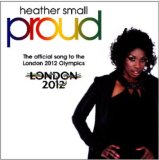 Heather Small is a British soul singer, best known for being the lead singer in the band M People. Their song: Proud, was chosen to be the official song for the winning London 2012 Olympic and Paralympics bid.

Click here to listen to the track and watch the video.  If you are still sat on your backside 30 minutes later, please repeat after me: 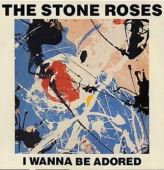 The Stone Roses were an English rock band formed in Manchester in 1983. They were one of the pioneering groups of the MaDchester movement that was active during the late 1980s and early 1990s.

My relationship with The Stone Roses started at university when my, then boyfriend, referenced one of their most popular tracks as a tool to help me write a philosophy paper.

So, the story is:

It was a Sunday afternoon, I was hung over, struggling to write a philosophy paper about Existentialism which was due to be handed in in 12 hours, the clock was ticking and I was getting nowhere fast! As usual, I had done a mammoth amount of research, I had a million post-it notes all over my room with ideas and bite-sized nuggets of intellectual blah, blah, blah, and yet, I still couldn’t make out what all this information meant.

After hours of ‘unproductive brain wastage’ I was beginning to freak out and so, at 3am in the morning I knew I had two options: one, call The A Team or two, wake up the boyfriend. So, as the telephone number for The A Team wasn’t in the public domain, I really had no option; it was Rob to the rescue.

So, I went to Rob’s house, threw rocks at his window to wake him up, and asked him: ‘What does all this Existentialism stuff mean?’ and he said to me: ‘Janette, forget Existentialism; everyone, wants to be adored’.

Suffice to say, I wanted to smack him in his face, as I thought, how is that useful? He then took out his Stone Roses CD and played me the track: I wanna be adored, and promptly went back to sleep. I listened to this track, which, only has 22 different words and yet lasts just under 5 minutes, and I thought: OMG, yeah, that’s the answer. I went home, took some pro-plus, wrote my paper, handed it in on time, and 2 weeks later I got a First; GET IN !

So, what’s the moral to this story?
Perhaps:

The decision is yours!

0 comments on “What does it mean to be British?”

National identity is always a topic of debate and conversation. In conversation, when we meet people for the first time we often ask the question: Where are you from? In other words: Where were you born? 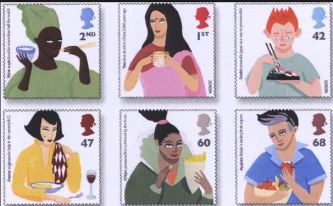 Well legally, I am British and I’m also English as I was born in Yorkshire, which is the largest county in the United Kingdom of Great Britain and Northern Ireland. My mother is British but my father is Irish, so what does this mean? Well, according to many stereotypes this means that I’m a little cold, probably emotionally reserved and very polite.

In addition, it also means I come from a country where it rains all the time, a country where the national diet is considered to be, by far, one of the worst in the world and that despite a long history of playing football we are completely and utterly rubbish. And, perhaps, as all stereotypes, there is an element of truth to these.

However, for me, being British means having a commitment to: Inclusion, Equality and Diversity. And, for me, being a Yorkshire woman means:I speak my mind, I’m down-to-earth and I can’t stand Manchester United.