What does it mean to be British?

National identity is always a topic of debate and conversation. In conversation, when we meet people for the first time we often ask the question: Where are you from? In other words: Where were you born?

Well legally, I am British and I’m also English as I was born in Yorkshire, which is the largest county in the United Kingdom of Great Britain and Northern Ireland. My mother is British but my father is Irish, so what does this mean? Well, according to many stereotypes this means that I’m a little cold, probably emotionally reserved and very polite.

In addition, it also means I come from a country where it rains all the time, a country where the national diet is considered to be, by far, one of the worst in the world and that despite a long history of playing football we are completely and utterly rubbish. And, perhaps, as all stereotypes, there is an element of truth to these.

However, for me, being British means having a commitment to: Inclusion, Equality and Diversity. And, for me, being a Yorkshire woman means:I speak my mind, I’m down-to-earth and I can’t stand Manchester United.

The British Flag: The Union Jack 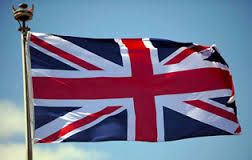 The Union Jack is the national flag of the United Kingdom of Great Britain and Northern Ireland. It is formed by combining the red and white crosses of St George, St Andrew, and St Patrick and retaining the blue ground of the flag of St Andrew.

If you want to read more about the history of the Union Jack and find out why The Welsh flag wasn’t included, then click here.

The British are a diverse, multi-national and multi-cultural society, with strong regional accents, expressions and identities. The social structure of the United Kingdom has changed radically since the nineteenth century, largely as a result of the decline in religious observance, the enlargement of the middle classes, and an increase in ethnic diversity.

The population of the UK is about 62.5 million, with a British Diaspora of around 140 million concentrated in Australia, Canada, South Africa, Hong Kong, New Zealand and the United States. OMG, 140 million of us!

George is British: He likes tea, rain and David Beckham

So, how do non-native British people view English people?

This is George. George is typically English, and for this reason he likes tea. He eats fish and chips and he uses red buses. Because George is English he likes to say these words: ‘splendid, spiffing and cheerio’.

By the way, Janette is British, she also likes David Beckham but she’s not very keen on tea; she prefers vodka and wine. She’s a vegetarian so she doesn’t eat fish but she does love chips. She likes to say the words: ‘ a bottle of san miguel please!’ Finally, she can’t stand the word: ‘ spiffing’ because it’s just too posh! 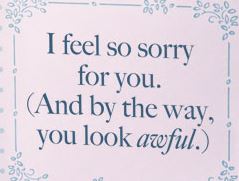 Are British People Polite? With all due respect..

Are British People Polite? I’m sure it’s my fault..

Seriously, who isn’t keen on James Bond?! The girls want to see him naked; the boys want to be him, and everybody wants at least one of the Bond cars. You’d have to be a sandwich short of a picnic not to want a car that can transform into a plane, a helicopter and a boat. And, think about all his gadgets and technology for fighting villains and seducing the Bond girls. Yep, 007 is the full package!
The Bond films are based on a fictional character created in 1953 by the British writer Ian Fleming. To date, there have been 23 Bond films with 6 different actors playing the British spy, 007.

007 is often described as suave, sophisticated, charming and gracious. He has impeccable manners although he is a notorious womanizer and an enthusiastic gambler. He likes scrambled eggs and always drinks a vodka martini shaken not stirred. According to recent research David Craig is the most popular Bond , but for me, I’m a sucker for Sean Connery Who is your top Bond?

One of my favourite British science-fiction TV programmes is Dr Who. Dr Who has been produced by the BBC since 1963.

Dr Who is a space traveler and the show was originally intended to appeal to a family audience, as an educational programme using time travel as a means to explore scientific ideas and famous moments in history. However, some of the evil characters, like the darleks and the cybermen had children running behind their sofa scared stiff.
So far there have been 12 different actors playing the role of Doctor Who, and although their personalities have changed over time there are some basic traits that remain the same. The Dr has a deep sense of moral justice and he values the human emotions of love, courage and bravery. In addition, Dr Who has one mission in life: SAVE PLANET EARTH AND KILL THE DARLEKS. 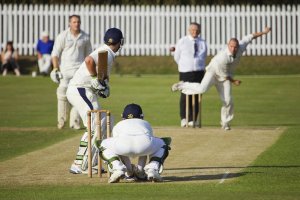 Cricket is traditionally played on village greens by two sides of 11 men wearing white clothes, the game is characterised by its slow pace, long breaks for tea and lunch, and a sense of fair play and sportsmanship.
OK, I, like many people, don’t get it; surely cricket has to be one of the most boring team sports ever played since the dawn of time. What’s your feeling? Is it a winner or a loser? Correct: IT’S A LOSER!

Scotland says NO to Independence!

Scotland has rejected the opportunity to become an independent country in a referendum that saw record levels of participation.

Whatever your opinion of the result, today is a day to celebrate the democratic process of referendums. We must not forget that unfortunately, the right to vote, for many is a coveted privilege and not, as many people think, an unalienable human right.

Today is a landmark day in modern political history and I for one can already smell the wine. Today I feel alive; today is the day to celebrate our differences and our similarities.

So, what do we Brits eat? Of course, the full English breakfast, also known as the fry up, is very popular at the weekend, as is the Sunday roast, bangers and mash and fish and chips. For desert, we are keen on any type of pudding with custard. However, it is now believed that the UK’s favourite dish is the chicken tikka masala (CTM).

Many people think this dish was invented in India or Bangladesh but according to a well-respected historian it was actually invented in Britain. So, even if you mistrust this fact, the following information will tell you just how popular this dish is in the UK:

Fancy making a CTM? No problem, here’s a popular recipe 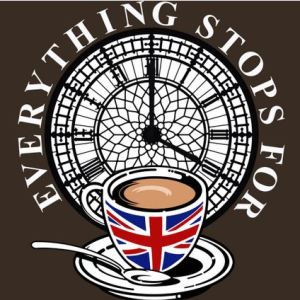 Yes, it’s true, the whole world thinks that British people drink tea, and despite the fact that I’m hooked on drinking coffee, I have to admit that we are bonkers about tea.
In fact, in a recent TV documentary it was reported that the average British tea drinker will consume 74, 802 cups of tea in their lifetime. In addition, the report also states that although there are 100’s of different blends and brands of tea, as a no-nonsense nation, we generally prefer black tea with milk. Posh people sometimes drink it with lemon, but that’s just ridiculous! Furthermore, if you’re from the north of England you are bound to be drinking the brands, Yorkshire tea or PG Tips. If you want to read more about what the British comsume in an average lifetime, then click here.

Recently I’ve tried to drink more flavoured teas, like lemon and ginger or peppermint because I’ve heard they are good for your health and although I don’t doubt their medicinal powers, I’d rather have a vodka and cranberry juice. Come on, who wouldn’t?! And, cranberry is supposedly a SUPERFOOD. So, all’s good!

A traditional Full English breakfast includes bacon, poached or fried eggs, fried or grilled tomatoes, fried mushrooms, fried bread or toast with butter, sausages and baked beans, usually served with a mug of tea. As nearly everything is fried in this meal, it is commonly called a “fry-up” or in my book, it’s called a myocardial infarction, commonly known as a HEART ATTACK. 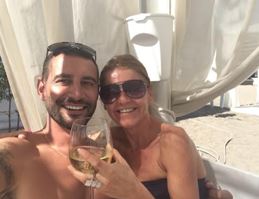 We know how to drink it!

So, if you have a glass of wine this weekend, don’t forget to say one of the following salutations:

Right, I can’t think of anymore, can you?

However,writing this post has reminded me of the wonderful Spanish tradition where you have to look in the eyes of the person and salute them at the same time. We British people, seriously don’t care as long as we have something alcoholic in our glasses. I know, how very rude! VIVA ESPAÑA!!